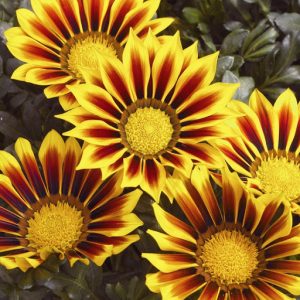 Almost every country has a collection of symbols that they proudly rely on to identify them as a nation. This can range from flags to mascots and flowers. For those countries that have a national flower, these are grown with great care and carefully protected.

Australia is just one of the many countries that have captured the beauty of some type of flowering plant to represent them. In this case, it is the Wattle. It is considered to be the largest of flowering plants. So important is this plant to the Aussies that they hold a National Wattle Day. This is the day of celebration to usher in spring. It is the Golden Wattle that is the specific national floral emblem.

England has chosen the rose as its country’s floral representative. It came about during the time of the War of the Roses which took place between 1455 to 1485.

This country is proud of the Thistle along with the Scottish Bluebell as its representatives. It was originally used as a symbol of defence.

The Daffodil is the national flower here. It is also a flower that is well recognized for being special in many parts of the world.

Canada has settled on the Bunchberry as the national flower. It is the dogwood family. The selection of this flower was agreed upon by a vote. The objective was to come up with a flower that wasn’t rare but made itself home to the majority of provinces. Few flowers had these assets but the Bunchberry did.

Many of the provinces also have selected a flower to represent them. For Ontario, it’s the Trillium. Many thought it was illegal to pick this flower in Ontario however that is not factual. The problem is it takes many years for a picked plant to bloom again.